Literacy in the County Clerk's Office

When you write about presenting numbers, sometimes your subject matter is right under your nose. This morning I was in my local county clerk’s office, and I ran across a piece of paper taped to a table in the waiting room: 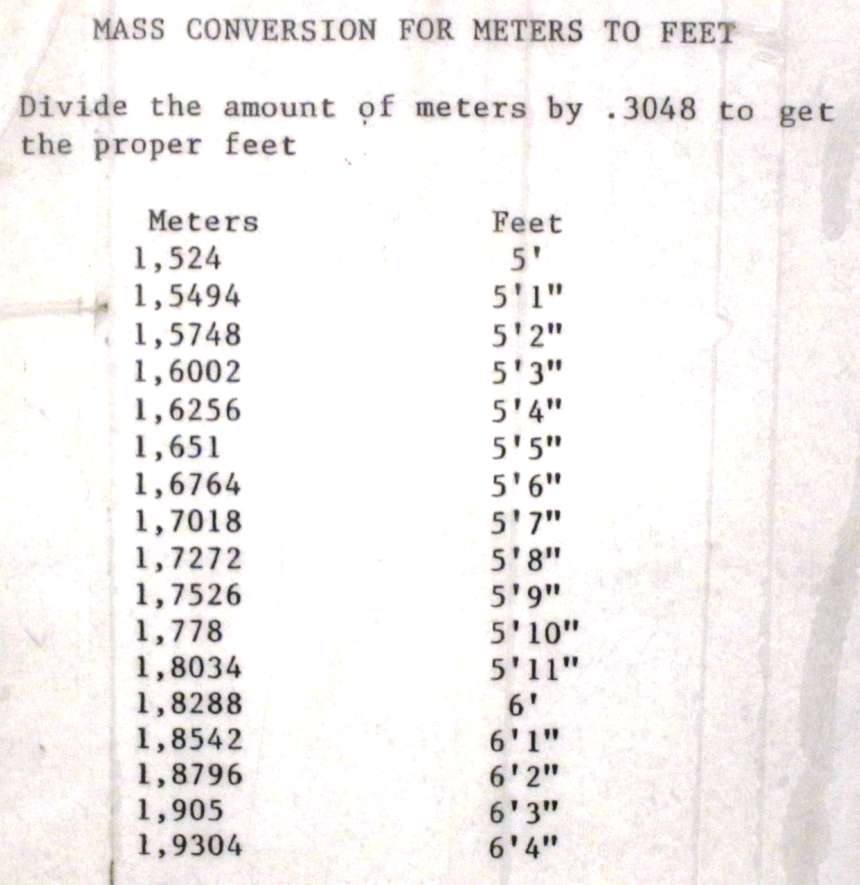 Does this information look useful to you? Why was it taped to a table? I’m not sure. It probably has to do with recording a person’s height, since the “Feet” number ranges from 5’ to 6’4”, and this office does process driver’s licenses and passports. But this document has some design flaws:

OK, enough of this. Here’s another try at presenting the same information: 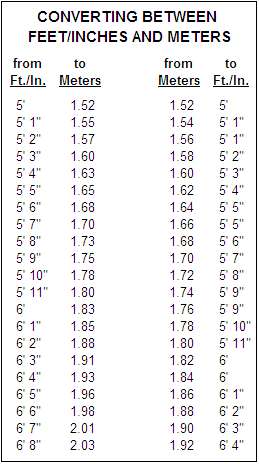 Now we have a table that’s easy to read, linguistically accurate, and – in less space! – can be used to convert in either direction.

If the document displaying this level of literacy had been a posted memo, instead of a length conversion table, everyone would be chortling about it at the water cooler or over cocktails. But as you can see, the little things also make a big difference in quantation, just as they does in written English.